During 2011 and 2012, I started thinking about becoming an entrepreneur with my own company. After the economic crisis beginning in year 2007, it was very difficult to find a good and motivated job. After almost one year, doing different seminars in Barcelona and other recycling courses, I took the decision to try and build something different, something that it could make me really happy. Then, after almost one year organizing chocolate tours, a journalist from El Pais, Pepe, called me. He was writing about people that started up new companies during the economic crisis. This was an excellent way to promote ourselves from the very beginning. 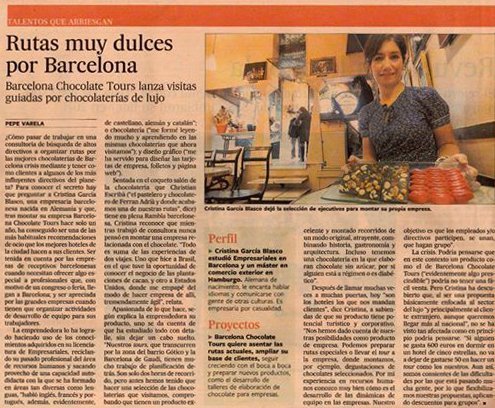